If the world had no substance …

Humans trust in their senses. We tend to believe what we see and to hold what we don't see for non-existent. We tend to hear what is loud and overhear what is quiet. We tend to assume that what is big or appears big is important, powerful and even threatening – as the case may be. We tend to take whatever is small as insignificant and harmless.

If we glance over the technological and industrial developments of the past 250 years and fix our attention particularly on the past twenty years, then these assertions assume a new and startling significance.

When I once spent several hours in the Museum of Science and Industry in Manchester, my previous ideas about what was called the “First Industrial Revolution“ in Europe that took place in England 150-200 years ago and then spread were placed on a totally new footing by what I saw and learnt there.

Gigantic machines many meters high and many meters long, driven first by steam then by electric power, were lined up one against the other in the vast Power Hall. They are selected well-preserved examples representative of hundreds of their kind that were increasingly deployed in the wave of new factories that sprang up at that time.

What thoughts and feelings must the sight of such machines have evoked in the people of the 19th century who had never seen anything even remotely comparable to them before? People who up to then had lived by their own manual labour – whether working in the fields, in their own workshops or in manufacturing. How alien and how terrifying their first encounters with these monstrous clanking clattering machines must have been and how long it must have taken before people became accustomed to this new substance in their lives – not to mention the changes in their work and lives such machines brought with them which even today are still subsumed in the expression “Manchester Capitalism”.

This was radical brutal change. But above all else it was change that could be substantially apprehended by our physical senses. Change that, because it was visible, loud and large scale, could be apprehended by the human sensory system as it has developed over countless millennia. An enormous steam engine was recognisable for exactly what is was.

Today we stand on the threshold of another revolution determined by a new type of technology and machine which are no longer the huge self-evident monsters hissing steam, radiating heat and locking us into their rhythms. They are algorithms, invisible, inaudible yet immensely powerful mechanisms for which our sensory systems are not equipped to deal. Virtual worlds of no substance are emerging and at first glance we cannot recognise them for what they are. They don’t compel us, they seduce us. And so we stumble on from one snare to the next and yet still feel good, seeing ourselves as free beings living in a comfort zone. 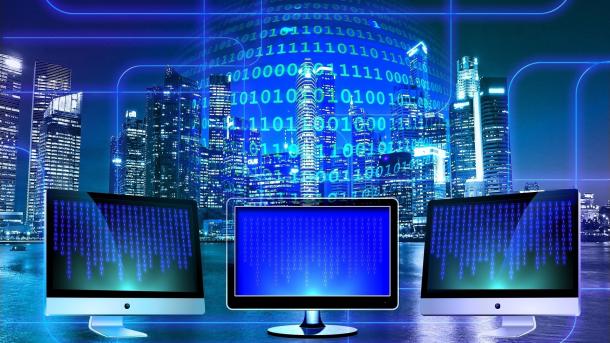 Our species has created a world that lives from the shedding of substance. But what does that mean? Here we can call on Ludwig Wittgenstein from whose work the title of this blog is drawn: “If the world had no substance then whether a proposition had sense would depend on whether another proposition was true. It would then be impossible to form a picture of the world (true or false).” (From:Tractatus logico-philosophicus, 2.0211/2.0212).

When Paul Watzlawick was writing his brilliant book How Real is Real?  he had no notion of such a construction of reality. In a physically near imperceptible, very quiet, invisible yet immensely powerful way this new revolution is making us square up to the question of just how efficiently and how quickly can we develop and sharpen our system of sensory perception and our consciousness with the aim of dealing with these seemingly innocuous yet rapid currents of change in an intelligent and self-confident manner. The great confusion in which the real and the fake now contend is giving rise to an unprecedented loss of reality. Think of the Matrix film. Today there is no option other than that we continue to surrender information and data. Yet at the same time our knowledge and our awareness of such a development is expanding. And for as long as people are active in the game, no force will ever arise without producing its own counter-force.

The new age is still in its infancy. Its course will be set across the decades that lie before us.

This moment will long be remembered, of that I’m quite certain. A telephone bidder had just bought Banksy’s Girl with Balloon picture for 1.4 million pounds when a concealed self-destruct mechanism built into the picture’s frame by Banksy himself sprang into action. And before the eyes of the incredulous spectators at the London auction house Sotheby’s the lower part of the picture emerged shredded from its frame.