WE ARE NOT THE MASTERS OF THE EARTH, WE ARE JUST A PART OF IT

When I booked my trip to New York where I hadn’t been for quite a few years, I had no idea that I would be there on exactly the weekend the UN Climate Action Summit was taking place where Greta Thunberg delivered her impassioned angry speech. Yet I was thinking about the state of the Earth and the way we are living on it when I visited the exhibition on American Native Art in the Metropolitan Museum of Art. And some of these thoughts I'd like to share with you today.

In our modern age art and culture are mainly seen as an expression of individual thought processes and in terms of the inspiration of particular artists. Yet they also were and still are expressions of the world view and values that society holds. Like the culture of most preindustrial societies outside of Europe, the culture of North American Indians was marked by an extremely close affinity to, and great respect for, nature.

It started with Winnetou …

At the age of twelve I eagerly devoured one Karl May novel after the other. What I met with there was less the original Indian culture or if it did appear it came draped in the clichés of a well read and highly imaginative German who had never set foot in America. But there was one strand to the stories that always struck me as authentic and which coloured my understanding of the Indian culture of North America from a very early age, and this was Karl May’s descriptions of the ignorant, unscrupulous and brutal ways in which white immigrants to the New World asserted their interests – power, land, gold, and then later oil.

So at the age of twelve I asked myself for the first time what had become of the original inhabitants of North America, where and how they were now living, what kind of role they played in American society and what now remained of their culture. Over the years I learnt a great deal more about this dark chapter in American history that at its heart also holds a piece of European history for the conquerors were European, as we know. I learnt about the demise of many tribes and their cultures but I also learnt about the survival of Indian traditions and wisdom in the reservations up to the present day.

Fortunately a not quite vanished culture

That in the year 2019 an exhibition on Indian art is staged in what must be the leading art museum in the USA, is, I think, a step in the direction of historical (self) awareness that’s overdue by several decades. And that it was staged by a white curator without any involvement of tribal representatives – a move that has been rightly criticised by Indians – shows that even today there is still a distinct lack of everyday, practical, effective respect for this culture. What might the exhibition have looked like if it was the result of cooperation?

Even so, what it does show is well worth seeing. The American Wing of the museum hosts an enormous spectrum of Native American works, from superbly crafted objects for everyday use to ritual masks and cultural artefacts. The beauty and the meticulous care with which everything, particularly the everyday objects, was lovingly and skilfully crafted – baskets, quivers, shoes, jackets, clothes, slings for carrying babies – is impressive and also strangely moving as it’s an expression of a relationship not just to nature but also to time and life which we in the civilised frenzied world of the 21st century have mostly lost.

The exhibits speak for themselves. Yet I also found the explanatory texts that accompany them very revealing as they explicitly show respect for the resistance and resilience of the North American Indians in their struggle to retain their land and their culture. A culture that didn’t seek to dominate the Earth but saw itself as an integral part of it. Ruthless exploitation and depletion of its resources was inimical to the Indian culture which saw trappers shooting countless thousands of buffaloes for no other motive than their own amusement as a premonition of the demise of their own way of life.

It’s not about ‘Noble Savages’, it’s about ourselves

So whilst the UN Climate Action Summit was debating, furiously squabbling and wrangling to find arguments and money, I was getting quite a different positive take on the climate issue – in the evidence of an almost lost culture which showed planet Earth great esteem and respect – two things which it now needs more than ever.

And so, in spite of the criticism it has received, I would see this exhibition as a belated but auspicious first step, as a sign of recognition and esteem. Perhaps in ten or twenty years there’ll be a jointly curated exhibition in the main building of the Metropolitan Museum of Art which will be visited and taken seriously by far greater numbers of people than now. I, for one, would love to see it.

To prevent any possible misunderstanding let me say that obviously the Indians were not some superior kind of people. The ideal of the noble savage embodied by Karl May in the figure of Winnetou is not something I would subscribe to. Yet I do believe that Indian art and culture does contain an important message for us in our dealings with the world and all its myriad forms of life. It has to do with our consciously shouldering responsibility for what we do and how we act, a responsibility based on awareness of the complex web of interdependencies that first gave birth to us on this planet.

In my view this vital climate issue of respect for our Earth and the future of coming generations is now finally receiving the attention that industrial society has increasing denied it over the course of the past hundred and fifty years. Through the simple realisation that we are not lords of the ecosystem, merely a part of it.

You can find some photos of this exhibition here in the Photo Gallery: 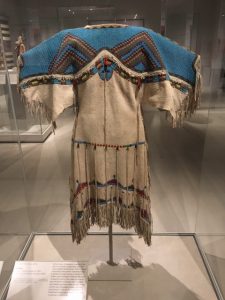 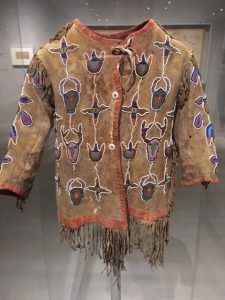 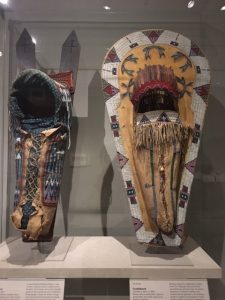 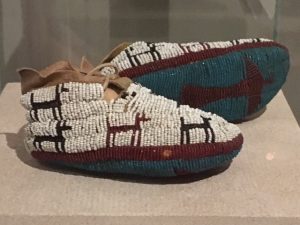 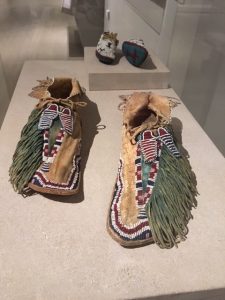 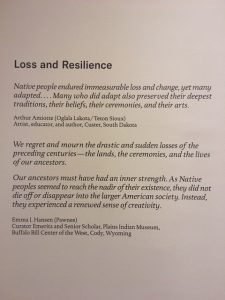 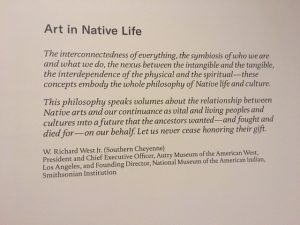 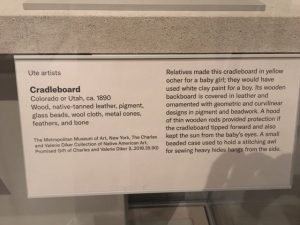 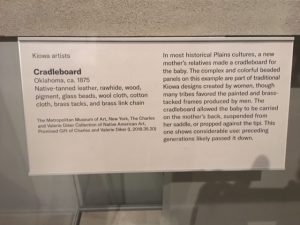 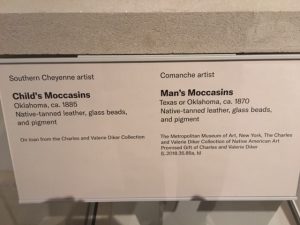 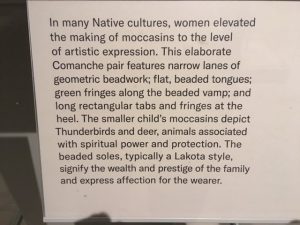 ART AS THE SOUL OF THE WORLD

Anima Mundi – The Soul of the World is the name of the newly designed Ethnological Museum in the Vatican Museums in Rome that Pope Francis recently inaugurated with its first exhibition on the Amazonas region.